In 2013, the industry lost another giant.

On April 19, 2013, Earl Holding died at age 86 in Salt Lake City. Newspapers across the US brought news of his passing.

“Earl Holding was a tremendous business and community leader, and a cherished friend,” said Sen. Orrin Hatch. “The companies and facilities he shepherded throughout his lifetime are a lasting testament to the strength, determination, and hard work of this great man. Not only did Earl contribute greatly to Utah’s business climate – he also cared deeply about our community and was willing to roll up his sleeves and help get the job done. He will be deeply missed by many, and the impact he has had on our state and community will be felt for generations to come.”

As the economy stabilized, Matthews could focus on growth.

Sinclair grew – and continues to grow – in many ways.

Licensing. In 2012, Sinclair began licensing gas stations throughout the U.S., allowing them to use Sinclair branding in markets not supplied by Sinclair fuel. The distributors self-source fuel but must meet Sinclair brand standards – including standards for TOP TIER™ gasoline.

Pipeline. In December 2011, Sinclair and its partner, Holly Corp., completed another part of Sinclair’s extensive pipeline and transportation system with the 420-mile, 12-inch UNEV Pipeline running from Salt Lake City to Las Vegas. The pipelines are operated from a 24/7 control center in Sinclair, Wyoming.

In 2015, Sinclair’s mascot DINO returned to The Macy’s Thanksgiving Day Parade® for the first time since 1976. The new balloon, measuring 72 feet in length, took flight above New York City in front of 3.5 million spectators and more than 50 million television viewers.

First appearing in the parade in 1963, Sinclair’s Apatosaurus – then known as a Brontosaurus – quickly became a fan favorite. The balloon became so popular that in 1975 it was named an Honorary Member of the American Museum of Natural History.

Sinclair is celebrating its centennial in 2016.

The company has evolved into a highly diversified corporation, making significant strides in each segment of its business, with record production and safety, and revitalized pipelines. Sinclair’s holdings also include resorts, hotels, ranches and a merchandising business for DINO.

But it is Sinclair’s rich history and familylike culture that still attract top talent. As Ross Matthews and the company’s other great leaders continue to champion the values Harry Sinclair and Earl Holding left behind, Sinclair will continue to rise as one of the most successful petroleum companies through the next 100 years. 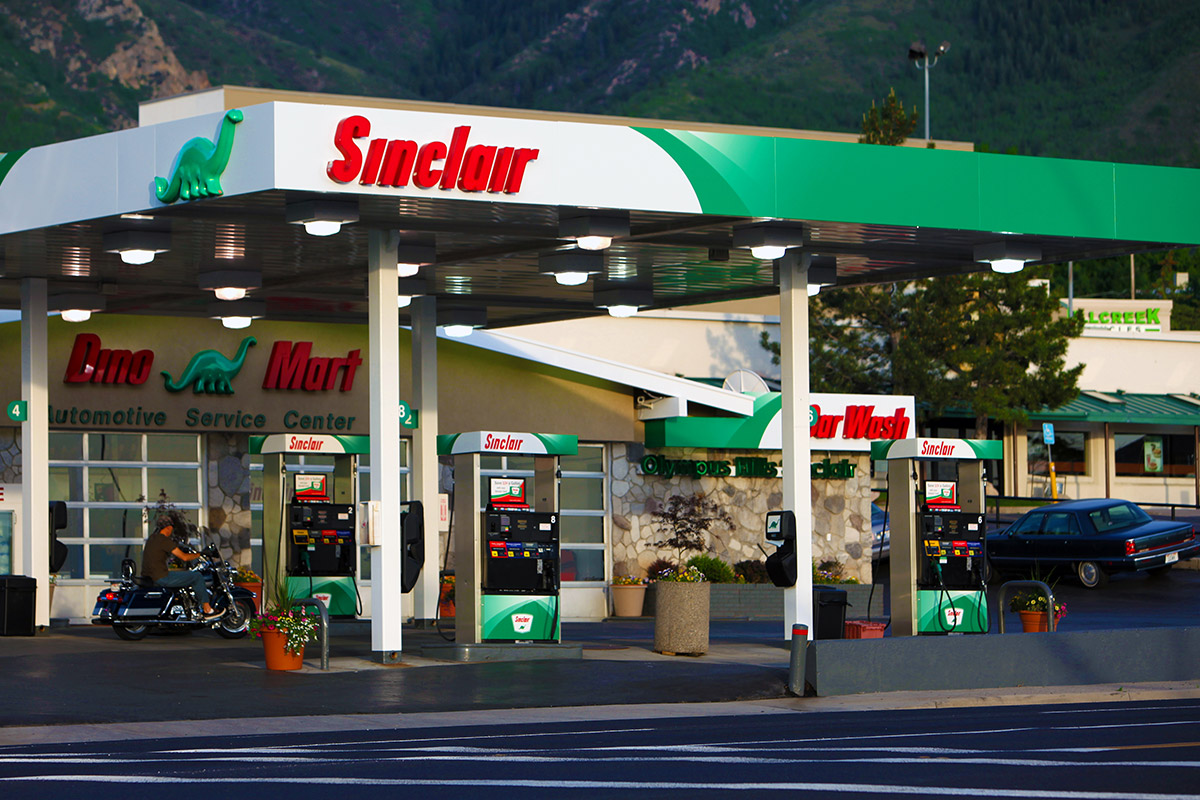